Have you ever wanted to go out to town to play a board game or two? Want to have great coffee, a glass of wine or a beer while doing it? Well you’re in luck! Tabletop on Castle Street opened their doors at the end of January to a welcoming Cork Community.

From Dream To Reality

It was a dream of Chris and Emer to set up a board game cafe in Cork City. They first saw this concept when they were in Poland for a music festival in August 2016. The couple stayed a couple of nights in Krakow after the festival, in an Air bnb which was just around the corner from a board game café called Hex. They both fell in love with the idea and thought it could work well in Cork. When they got home, they set up popup events upstairs in the Roundy to see if it would work. And boy, did they work!

The pair started a Kickstarter campaign to build up the library for their Café. They aimed for €5,000 at the beginning. Not long went by before 146 backers pledged €6,210, surpassing their initial goal by a huge margin! The backers received great rewards ranging from their stylish tote bag to a gold founder membership!

In late 2017, the couple found their dream spot on Castle street. They started work on the venue immediately and opened their doors in Late January 2018. The place has been hopping ever since! 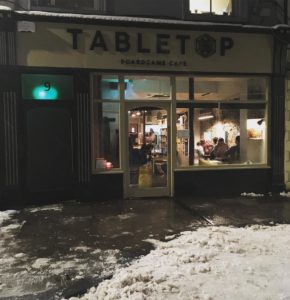 In the Games Library, they stock about 400 games, and it is growing all the time! This huge amount of new, old, classic and modern games are available to play to anyone that wants to play them. Chris says he loves playing Jaipur at the moment. Our favourites are Obama Llama and 30 Seconds!

They also have a fantastic food and drink offering which includes loose leaf tea from Remedy Roots, cakes from Applebee Bakes, sambos, soups, wine and bottled beer from Cork based breweries! Of course, they’re brewing some savage coffee too, our Guatemala -Volcan De Oro! 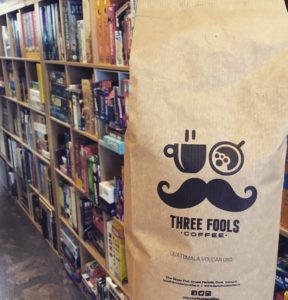 Chris and Emers passion and enthusiasm is felt the moment you walk in the door. It’s warm and welcoming, it’s like going to someones home! The Café is beautiful. The exposed brick work and and timber makes it a great place to sit, chill and play! 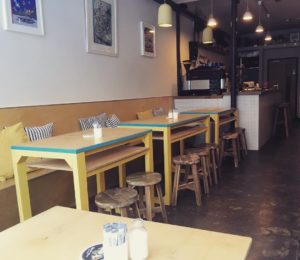 We wish the very best of luck to Chris, Emer and all the gang at Tabletop. We’re delighted to partner with ye on your coffee offering!

We use cookies to offer you a better browsing experience, analyze site traffic, personalize content, and serve targeted advertisements. Read about how we use cookies and how you can control them by clicking "Privacy Preferences". If you continue to use this site, you consent to our use of cookies.